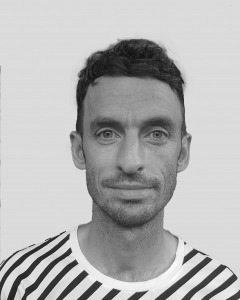 Convenor of Bachelor of Visual Arts
School of Art & Design

Sean Dockray is an artist and writer whose work explores the politics of technology, with a particular emphasis on artificial intelligences and the algorithmic web. He is a founding director of the Los Angeles non-profit Telic Arts Exchange, and initiator of knowledge-sharing platforms, The Public School and AAAARG.ORG. Sean is on the Board of Directors of the Melbourne non-profit arts organisation, West Space.

The Public School (for Architecture), in partnership with common room, was awarded The New York Prize Fellowship by the Van Alen Institute and was supported by the performance biennial, Performa. As a research fellow at the Post-Media Lab at Leuphana University, he explored the physical infrastructure of the sharing economy, focusing on Facebook's northern European datacenter.

His practice-led PhD at the University of Melbourne, Performing Algorithms: Automation and Accident investigated how artists might stage encounters with the algorithms driving our post-industrial, big-data-based, automatic society. Through a series of expanded lecture performances, it seeks to discover ways in which to advance new critical positions within a totalizing technical apparatus whose very design preempts it. Between reappraisals of generative art and glitch - two approaches favored by technologically engaged artists - this project identifies “not working” as both accident and a condition of labour under automation. The research offers an expanded notion of the essay, understood not as a form confined to the printed page but as a methodology expanded to lecture performances, installations, videos, chatbots, and neural networks, where writing, scripting, and coding interweave. Such essays collapse distanced description in order to set the algorithmic machines into motion.